This week’s Community Citizen Star focus is on our friends at TheBase. They’ve been broadcasting as a Star Citizen focused internet radio station 24/7/365 for well over a year now. Recently leveraged their music license with SOCAN into a deal with Twitch.TV to do a 24 hour stream there too. With music, giveaways, broadcasts of podcasts. Big props to Ricko, Rellim and the crew over there. They’ve also had me on a few times and rebroadcast this show regularly as part of their rotation. Happy to be able to work with such a great group of guys. Congrats to CIG for breaking $80 Million dollars in crowdfunding! (81 now even.) 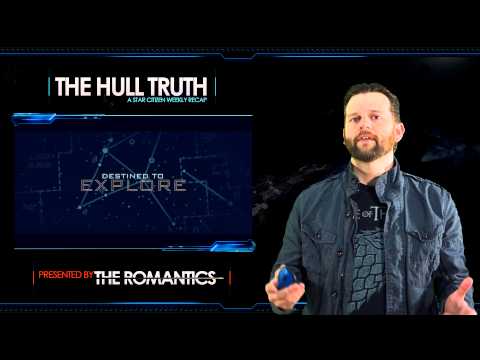 A nod to Wes of Romanticorp who used to run a YouTube Star Citizen news show by that name, We miss you Wes! Come back to SC.

What this segment is about is the interesting approach CIG has done with this Hull series concept sale. There’s been a thread in the forums where people submitted questions, and daily comm-links released with answers. The Hull-B comm-link from Tues revised all the Cargo Sizes for all the ships including the Hull Series! A new record for specs being made obsolete in the space of a few days.

Merchant Man went from carrying less than a third of a Hull-C to slightly more. Freelancer to well above a Hull A.

While smaller cargo boxes are pictured throughout the promotional images, the Hull series will be able to carry any type of container that ‘fits’ in the space allotted. Spacecraft can be broken down into their component parts for transport, or carried in their completed forms aboard larger Hulls. There is also a ‘midget fighter attachment’ being developed for the Hull E which will allow it to drop and recover escort fighters in exchange for cargo space. We’re aware that the ‘spindle’ looks like the weak point of the Hull series, but do not intend for this to carry over into the game mechanics. The cargo containers will be fully shielded and will themselves have an armor value; those that wish for additional protection can use containers that trade armor for space. “How are you planning to land the Hull B fully loaded?” Very carefully! We are in the process of updating the landing gear design for the Hull B so that it can land with the lower cargo slot filled. The spindle arms can be unfolded individually depending on the task at hand.

Regarding the central strut, they’re still working out the details, but it should be large enough to walk through on the Hull D and E, and large enough to crawl through (similar to the Jeffrey’s Tubes on Star Trek) on the Hull C. In all of these ships, it will be advantageous for an engineer to be able to reach the drive unit on occasion. The Hull C Discreet (and military variant of the Hull-D) is still in the cards for the finished game! It will include specialized containers to support it’s ‘Q-ship’ purpose.

You can solo even the larger ships. Additional crew members will run the turret, navigation, scanners, repair team or whatever the captain assigns them through the multi-crew seat system. One thing to remember is that we build our ships as they should ‘work’ in the game, even if some of that isn’t as exciting for gameplay. In the Star Citizen universe, it makes sense for larger transports to have crews that ‘trade off’ the pilot seat during long-duration runs.

In 1.1.2 PTU build are getting rave reviews… 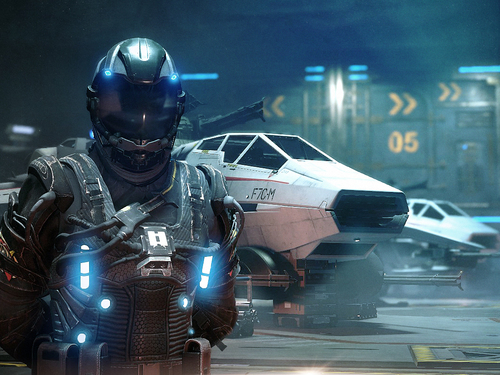 ...although that is not a barrel roll:

Alyssa Delhotal hired this week according to Lisa Ohanian

“Today we have a new member joining us in the Cloud Imperium, Alyssa Delhotal. Alyssa joins us from Activision Publishing, where she worked on 6 iterations of Call of Duty, 4 iterations of Skylanders and a ton of other games. Alyssa will be our new Associate Marketing Producer in the Santa Monica studio. She will be focused primarily coordinating between the marketing team, devs and community. Welcome Alyssa!”

We got a chance to meet her on RtV. She said she’d soon have a metric “f-ton” of news to share. When Lisa jumped ship at activision Alyssa begged, “Take me with you” and the rest is history.

“We've got another new hire to announce! Ahmed El Sayed will be our new DevOps Engineer in the Austin studio. He will be focused primarily on Infrastructure automation, provisioning, and configuration management. Welcome Ahmed to the CIG Team!”

Daniel Ben Zenou (REEL) Tweeted from the set of Squadron 42:

The actor has credits from Law & Order UK, Skins, Strike Back DevPosts and Comments - What you may have missed And that’s all the news for Citizen Star this week! Hope to see you next week … in Star Citizen