Update - 2014-08-16 - Friend of the Citizen Star, Byronyk, has produced a watchable video of the livestream from the broken stream captures, with commentary and links to help fill the missing bits: Star Citizen - Gamescom 2014 Live Stream. Thank you, good sir!

There were a few technical problems, largely difficulty keeping up the stream, seemed to be a Twitch problem as much as CIG. (Twitch support reported general problems during the event.)

New 2945 Constellation model was patched into the Hangar this morning with version 12.6. Several of the variants are patched in as well, but the Luxury Phoenix is not yet available, nor is the exploration themed Acquilla.

Racing Mode will be available in a few weeks with version v0.9. 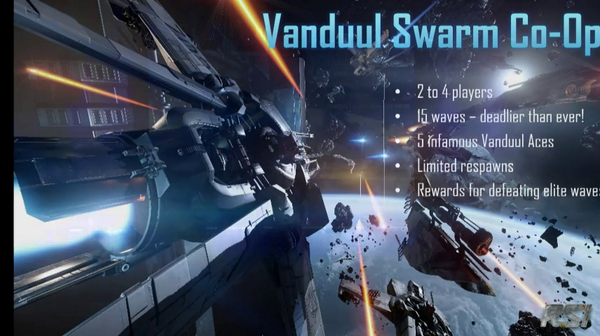 Really excited by this, and the "friend codes" for picking teams and opponents. Our future Pitchfork Challenge events should be greatly aided by this.

Seems like we will be able to change our hangars, and the hangars will dictate what part of space you are in. Won't be able to start on the fringes with a deluxe hangar.

There was a live demo of Multi-crew mode, which was very impressive.

Captured from live stream by Kingnewbs

Careful not to get sucked out of the ship in the event of a hull breach as what happened to this poor guy on the first pass of the LIVE demo: 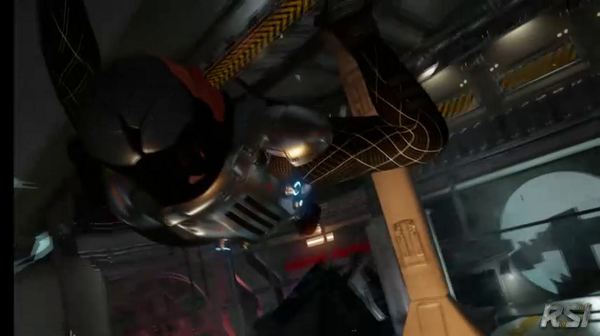 The demo featured several people crewing a Connie, being sneak attacked by a Super-Hornet. A surprising amount of cinematic camera work for a live demo. I wonder how much of this will end up in game. Also interesting to note that this attack happens in low orbit/high atmosphere. CIG seems to like being on the edge of space due to the more interesting visuals.

Which to be featured at PAX Australia:

And many thanks to tireless work of the repair bears working to pull this off: 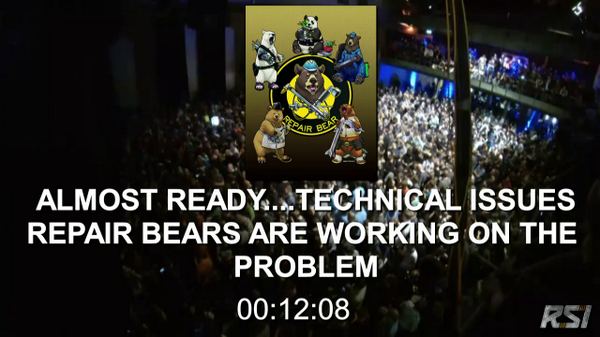